Logic will get you from A to B. Imagination will take you everywhere.
–Albert Einstein 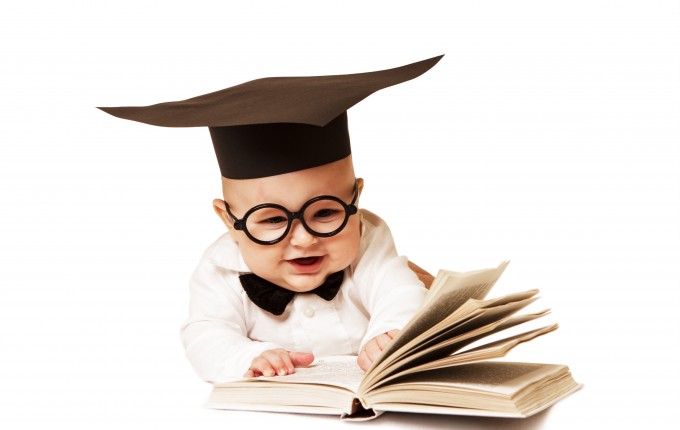 Is there a genius genie that sneaks into nurseries and sprinkles select babies with magical “smart dust” — glistening particles laden with intellectual and creative gifts? Albert Einstein believed that aspects of genius existed in everyone upon birth. He said, “Everybody is a genius. But if you judge a fish by its ability to climb a tree, it will live its whole life believing that it is stupid.”

Einstein’s insightful words beg the question of just how often is the genius factor in kids suppressed (or worse yet, squashed) to the point that they lose it completely. Going down that path of questioning though requires examination of exactly what genius is. While there is no scientific definition of genius, most dictionary definitions include phrases similar to this one:

“A genius is a person who displays exceptional intellectual ability, creativity, or originality, typically to a degree that is associated with the achievement of unprecedented insight.”

Within the genius debate, most experts agree that an essential component of genius is the capacity to engage in divergent thinking, a thought process that sounds rather complex and of well-educated adult minds.  Yet, research, from the book BreakPoint and Beyond (by George Land and Beth Jarman), revealed startling statistics regarding young children having IT— the coveted genius factor.

In a series of videos (View here; and here), Sir Ken Robinson, renowned educational consultant, discusses the profundity found in the children involved in this study. In a nutshell, Sir Ken says that divergent thinking is fundamental to creative thought and embodies one or more of the following aptitudes:

Those were the kinds of skills that were tested in a group of kids, 1500 three to five year olds to be exact. The results were staggering as a whopping ninety-eight percent (yes, 98%) of these young children had IT, capacity and skill for divergent thinking processes — the genius factor.

Five years later, when this same group was 8 to 10 years of age, these researchers tested the entire group again. The number of kids with “IT” dropped all the way down to only thirty-two percent (32%). That represents a 66% loss. Shocking.

Once again five years later, these same kids were tested when they were13 to 15 years of age. Sadly, only ten percent (10%) of these kids showed capacity for any divergent thinking process.

What on earth happened to these kids between five and fifteen years old for there to be an 88% drop rate in their capacity and skill to engage in creative and genius thought.

No doubt, the answer lies in a myriad of factors. The one thing that cannot be argued however, is genetics. Remember, ninety-eight percent had “IT” when three or five years of age. Drop rates were calculated from that number, and did not include the 2% of the 1500 children who showed no signs of genius at that age.

Parental influence, family life, nutrition and health, emotional issues, and community environment all weigh heavily here. Yet, we must also examine the role of education, the pedagogy, curriculum, standardized testing, and the methods and mindsets of teachers / administrators these children were exposed to and influenced by.

Two additional quotes from Einstein may shed some light:

Einstein may have been onto something here. Have our schools become sausage factories forcing all kids through the same sleeve?

What would the world be like if our schools were genius factories? …if all parents fostered their children’s best gifts and talents? Use your imagination, because that is precisely what was squashed, not valued, and not developed in the 98% of those terrific kids who had “genius” thought capacities at three to five years old.

Considering the influence of technology on today’s digital kids, do we need to also consider how to grow their genius with the use of tablets and smart phones while also balancing their natural imagination time? Yes, indeed. Fortunately, the best of today’s interactive and illustrated children’s ebooks / ibooks provide one essential component for developing imagination: narrative (storytelling). Combine an award-winning story with enhanced sound and artful, animated illustrations and kids can easily be transported to another world, expanding their consciousness beyond their current life circumstance. Be sure to balance kids’ digital time with time for outdoor activities, time for pure play, and time for relaxing, just being.

Let’s keep the “IT” factor alive and well in today’s children. Instead of planting weeds that destroy their divergent thinking skills, let’s grow genius gardens in our children’s brains.